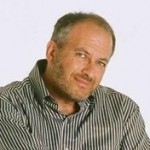 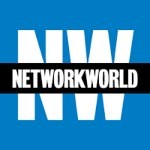 Customer-driven infrastructure
The days when IT could tell end users which kinds of computing gear to purchase and use ended sometime in the 1990s, but for many years afterwards, IT retained a stranglehold on the deployment and maintenance of enterprise infrastructure, corporate-wide applications, and building data centers.

David Strom is one of the leading experts on network and Internet technologies and has written and spoken extensively on the topic for more than 25 years. He has had several editorial management positions for both print and online properties in the enthusiast, gaming, IT, network, channel, and electronics industries.

From 2002 to 2004, he held several roles in both print and online editorial management for CMP Media, including working at VAR Business and the Electronics Group. He help launch a series of vertical market electronics sites under the DesignLine series for automotive, power management, and wireless communications engineers.

He began his own firm back in 1992 in Port Washington, NY. The firm continues to improve the quality of networked products, explain Internet technologies to corporate computing managers, and help early-stage Internet technology companies and is now based in St. Louis. He has also appeared on the Fox TV News Network, NPR’s Science Friday radio program, ABC-TV’s World News Tonight and CBS-TV’s Up to the Minute news broadcasts.

Since September 1995, he has self-published a weekly series of essays called Web Informant, sent via email to several thousand subscribers. The essays cover topics such as eCommerce, web site usability, and web product marketing issues. Issues of Web Informant have been syndicated all over the world, including theDaily (Tokyo) Yomiuri (both in print and web editions), Fawcette’s DevX web site, and on numerous other technical web sites. You can view his current blog here.

Strom is the author of two books: Internet Messaging (Prentice Hall, 1998) which he co-authored with Marshall T. Rose and Home Networking Survival Guide(McGrawHill/Osborne, 2001).

Over his journalism career, he has written over a thousand different articles covering a wide variety of opinion columns, reviews, feature stories and analyses for dozens of publications and web sites, including TechTarget.com, Internet.com, Network World, Infoworld, Computerworld, Small Business Computing, Communications Week, Windows Sources, c|net’s news.com, Web Review and others. For many years, he wrote weekly opinion columns on eCommerce for IDGWorld’s email subscription service, and networking columns in Infoworld and PC Week.

Prior to joining PC Week, Mr. Strom worked in varying roles in end-user computing in the IT industry. Between 1984-1987, he directed new product research at Transamerica Occidental Life’s Information Center in Los Angeles. He specialized in testing micro-to-mainframe communications products. He helped evaluate andset up the corporation’s first local area network. He also worked at the US Department of Agriculture’s Information Center in Washington, DC and directing R&D for a small software firm that developed the first PC-based electric utility capacity planning software.

While in Washington, Mr. Strom worked for a variety of employers, including the Office of Technology Assessment of the US. Congress, the Conservation Foundation, and private consulting firms. 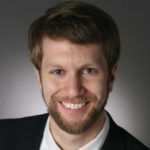