A Statement of Gratitude

The Internet Press Guild recognizes Al Gruensfelder as an honorary member for his unstinting efforts on behalf of an IPG member in distress.

“I went into a nursing home in Atlanta, Georgia due to some complications in my life, and in particular because my spouse could no longer take care of me,” Ross explains. But he landed in the nursing home without a working computer – after having relied on a PC for most of his professional life.

Ross suffers from multiple sclerosis, which had steadily restricted his mobility. By the time he moved into the nursing home, he was confined to a motorized wheel chair, limited to typing with one finger, and using voice-recognition on the computer he had left behind. That’s a frustrating situation for anyone, but especially so for a professional writer and technologist.

Lacking another member in the Atlanta area, the IPG got in touch with the Atlanta PC Users Group (ATLPCUG) who in turn got in touch with Al. Al is a long-time member of ATLPCUG, and President of Always-Care Nursing Service. Because of his long experience with computers, and his medical services background, he was the perfect choice. Al picked up Ross’s computer and had it fixed at Frontech Computer, relying on the services of its owner, Charley D. Jin and Frontech’s technical manager Kevin Capossere, who donated their time freely.

A printer and new monitor were purchased and set up. Al Gruensfelder was the hands, feet, eyes, and brains for the IPG in Atlanta. Rather than interrupt the work, Al postponed a planned vacation cruise to finish the job. “Al spent many hours, using money contributed by IPG and ATLPCUG members, renovating my broken computer, upgrading the operating system, and installing the system in my room in the nursing home, and getting it operational,” explained Ross.

When Ross was unexpectedly transferred to a new residence, Al, just back from his delayed vacation, leaped into action to make sure the computer was moved safely.

“From the most mundane – wire wraps and a small table on which all my equipment sits – to fixing a stubborn Windows 7 problem, Al was there. He always had a smiling face, and displayed unbelievable fortitude in getting me up and operational. He even provided a tasty lunch whenever he could. Al did it all. He put up with unbelievable technical challenges.

“He’s quite a guy. I’m honored to have met him and to think of him as my friend. I am pleased the IPG has opted to make him its first Honorary Member.”

As are all the IPG members. Thank you, Al Gruensfelder.

11 chic chargers: Portable power that’s dressed to impress
3 reasons Microsoft will become the most impressive tech company
Problems Hinder EMV Use in US 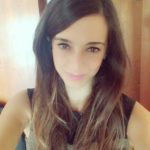