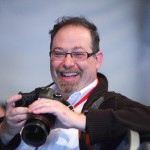 Alan is Editor-in-Chief of Java Magazine, published by Oracle. Java Magazine is one of the largest online publications in the software development market, with more than 260,000 subscribers.

Previously, as Editor-in-Chief of Software Development International, AI Expert, and The Mathematica Journal — and one of the founding Jolt Judges — Alan pioneered coverage of the most technical, leading-edge computer science topics, including the first-ever magazine about Virtual Reality.

As Editor of LAN Magazine, and Founding Editor of Network Magazine, Alan covered networks from both the enterprise and carrier perspectives.