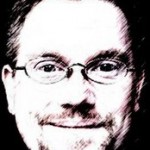 Christopher Dawson grew up in Seattle, back in the days of pre-antitrust Microsoft, coffeeshops owned by something other than Starbucks, and really loud, inarticulate music. He escaped to the right coast in the early 90’s and received a degree in Information Systems from Johns Hopkins University. While there, he began a career in health and educational information systems, with a focus on clinical trials and related statistical programming and database modeling. This focus led him to several positions at Johns Hopkins, then to a large biotech company in Cambridge, then to education, and finally, to his own consulting business.

That consulting business (6geeks.net) caters to anyone who would like to leverage his unique skill sets related to educational technology, social media, technical writing, and project management.

Chris is a full-time freelancer whose clients include ZDNet/CBS Interactive, The College Board, and schools and universities looking to ensure that their investments in technology end up being value-adds rather than just new lines on their budget each year. He write extensively about educational technology, Google, and a growing variety of geeky goodness.

Until recently, he was also the technology director for his local school district. After moving the district and its information systems into the 21st century, he left to pursue freelance opportunities. He has taught at the high school and university levels and has extensive experience in data analysis, project management, and technical writing.

He lives with his wife, 5 kids (yes, 5), a great dog, a hateful cat, and various other critters in the middle-of-nowhere rural New England.