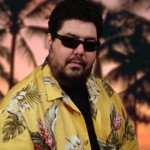 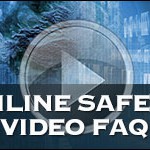 The year in DIY-IT: Our project recap for 2014
We've done a bunch of projects in 2014. In this article, we'll take a look at the big ones, along with pointers for how you can get started in any of them you wish. 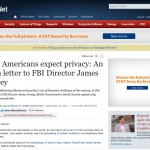 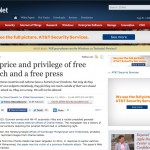 The price and privilege of free speech and a free press
Some countries and cultures have a hatred of our freedoms. Not only do they persecute their own subjects relentlessly, they feel they can reach outside of their own closed societies and attack us. They are wrong. We will not be silenced.

CBS Interactive’s Distinguished Lecturer David Gewirtz is an author, U.S. policy advisor, and computer scientist. He is featured in The History Channel special The President’s Book of Secrets, and, according to CNN, “is one of America’s foremost cyber-security experts, and is a top expert on saving and creating jobs.”

The David Gewirtz CBSi Lecture Series is available online and has been sponsored by HP, Google, Dell, Intel, IBM, Oracle, and SAP, among others. You can read David regularly on the CNET Professional Network, at his ZDNet Government and ZDNet DIY-IT blogs. David is also a former CNN Contributor. You can read more of his work on his CNN Anderson Cooper 360 blog.

David is Executive Director of the U.S. Strategic Perspective Institute and Founder of ZATZ Publishing. He is the author of How To Save Jobs: Reinventing Business, Reinvigorating Work, and Reawakening the American Dream, which was excerpted on CNN.com weekly from 2009 through 2010. David is also the author of The Flexible Enterprise, the classic book that served as a foundation for today’s agile business movement.

Described by ZDNet as “part mad scientist, part celebrity author, and part shadowy government advisor,” David is a frequent guest on TV and radio stations across America and can usually be heard or seen on-the-air at least once a week. He has been interviewed by Fox News, CNN, various ABC and NBC affiliates, and Canada’s Global TV. He has been a featured guest on National Public Radio and has been a regular guest featured on the BBC, as well as Voice of America, Radio Free Europe, and Radio Liberty where his commentaries on technology, industry, and emerging nations have been broadcast into 46 countries (all in their own unique translations).

David has been introduced on CNN’s Anderson Cooper 360 as “a leading Presidential scholar” and is best known for his non-partisan national security analysis of the Bush White House email controversy. He is the author of the book Where Have All The Emails Gone? How Something as Seemingly Benign as White House Email Can Have Freaky National Security Consequences, which explores the controversy from a technical perspective and, according to The Intelligence Daily, is “the definitive account about the circumstances that led to the loss of administration emails.”

David, who Mother Jones describes as “a nationally recognized expert on email and other IT matters,” is the author of five traditional books and thousands of articles about technology, competitiveness, and national security policy. David has also been a guest commentator for theNieman Watchdog of the Nieman Foundation for Journalism at Harvard University and is a member of the National Press Club.

He is the Cyberterrorism Advisor for the International Association for Counterterrorism & Security Professionals, a columnist for The Journal of Counterterrorism and Homeland Security, special contributor to Frontline Security Magazine, and has been Cybersecurity Advisor and Curator for The Economist. He is also the IT Advisor for the Florida Public Health Association. David is a member of the FBI’s InfraGard program, the security partnership between the FBI and industry. He is also a member of the U.S. Naval Institute and the National Defense Industrial Association, the leading defense industry association promoting national security.

David is an advisory board member for the Technical Communications and Management Certificate program at the University of California, Berkeley extension and a member of the instructional faculty at the University of California, Berkeley extension. David was an assistant professor of computer science at Mercer County Community College, has lectured at Princeton, Berkeley, UCLA, and Stanford, has been awarded the prestigious Sigma Xi Research Award in Engineering, and was a candidate for the 2008 Pulitzer Prize in Letters.

Earlier in his career, he was an executive at Symantec Corporation. He also held the unusual title of “Godfather” at Apple Inc. and served on the board of the Software Entrepreneurs Forum (now SDForum) in Santa Clara County, California. He was also an executive at large-scale computing pioneer Pyramid Technology, where he created a special program known as “PRISM”.

David is the creator of ZENPRESS, a breakthrough technology for Internet magazine production. He is also the lead developer of the MySQL and SQLite database extensions for the open-source Frontier Kernel project and has designed embedded database technology used by more than 2,000 companies, universities, and government agencies. He is also the author of 40 iPhone applications currently published on the Apple iOS App Store.

Weaving a tapestry of industry, politics, security, and technology, he brings a unique and powerful perspective to all his audiences. Known for their clarity and insight, his articles, lectures, radio, and TV interviews reach more than a million people worldwide each week.

When the Galaxy S6 comes out, should you upgrade? (rumors and innuendo edition)
With Mobile World Congress coming up and the nearly-sure release of a new Samsung Galaxy phone, what do you need to consider before making the jump to a new device? This guide will help you start thinking about that decision.
Uncle Jake: How the internet confuses regular users and what we need to do about it
As the internet winds its way onto more and more devices, we can expect increasing confusion on the part of regular users, whether in the consumer or work environment. David Gewirtz tells us a cautionary tale.
Precision, depth, and flexibility: the ultimate difference between PC software and apps
As we look at how software will be evolving, traditional PC applications and mobile apps have some substantial differences, key among them the depth and flexibility traditional applications offer that are often an anathema to mobile users.
Dedicated vs VPS: Understanding your server options
If you're trying to decide on the right server to host your Web site or basic business resources, this article will help you get a handle on some of the important choices and decisions.
The Golden Rule for taking control of your out-of-control to-do list
If you're suddenly facing an out of control to-do list, don't panic. This article will help you wrangle your to-dos and whittle them down to a manageable level by using the Golden Rule.
2015: Looking forward to upcoming DIY-IT projects
There is a lot coming up in 2015. In this article, we share with you some of the projects we'll be working on beginning next year.
10 quirky little OS X add-ons that increase productivity
If you use a Mac, you're going to want to take a look at these quirky little add-ons. Each one can save you time, increase productivity, and reduce frustration.
10 things I'd like to be able to do with Amazon's Echo
Amazon's voice-reactive Echo device is in limited availability, and David Gewirtz wants to tinker with it. Here is his list of things he would like to see the Echo do, if he ever gets his hands on one.
Why 'Ok Google' needs a new catchphrase
A recent experiment by our own David Gewirtz shows why "Ok Google" won't survive in mainstream use without substantial improvement.
How to build an SMS text auto-responder using Google Voice and Gmail
There's no need to spend on an expensive solution to be able to automatically respond to incoming text messages. This simple step-by-step guide will show you how to build it yourself in about 10 minutes.
10 New Year's resolutions for geeks
It's the beginning of the year and that means it's time to write down a set of promises and plans by which we geeks will govern ourselves over the next 12 months. Can you keep all these through the year?
How analytics can improve supply chain agility
An efficient supply chain can make the difference between leading a market and being left behind. This presentation shows how real-time analytics can help your supply chain respond dynamically to ever-changing customer needs.
Pro tip: Evernote keeps a complete history of all your changes
As it turns out, Evernote has a full version management system built into its software. If you want to recover older versions of a note, we'll show you how.
Before you dump your servers for the cloud, consider these doomsday scenarios
There is a lot to like about using the cloud for infrastructure, but there are risks as well. Remember: your vendors may not always share your priorities.
Take control of your priorities: Your to-do list is not a dumping ground
Are you a to-do item hoarder? There's more to managing your to-do list than just working on your top priority items. Today, we're going to discuss how you manage the basement of the list.
2014: The year Microsoft lost my loyalty
From productivity to email to operating systems to mobile to hardware, David Gewirtz is no longer actively using Microsoft products. He's not a Microsoft hater. The transition just happened organically as he adopted products that better served his needs.