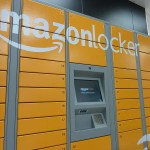 Amazon Learns To Fail Faster
Amazon is pulling the plug on projects faster than ever. Are it becoming more responsive, cutting back on due diligence or simply losing its nerve?

Was the founding editor of StorefrontBacktalk.com (http://archives.thecontentfirm.com/), a site and newsletter that tracked global retail technology and E-Commerce issues. He sold StorefrontBacktalk to a B2B publisher in December 2012. Also served as the Retail Columnist for CBSNews.com, writing the Retail Realities column (http://www.thecontentfirm.com/retail-realities-column-on-cbsnews), as well as having written a retail technology column for RetailWeek (the UK’s largest retail publication):  http://www.thecontentfirm.com/retailing-column-on-retailweek.

Earlier, he served as the Retail Technology Editor/Columnist for eWEEK, PCMagazine, Baseline, Channel Insider and CIO Insight (at Ziff Davis) and before that, he spent 11 years at CMP Media, serving in a variety of editorial roles including the News Editor for InformationWeek and Techweb, the Editor of Techwire and the Internet Business Report and Editor-at-Large for CommunicationsWeek. His last two years were served as Editorial Director of a special projects division.

He can also be tracked socially on:

Can You Trust Amazon's Workmail?
When Amazon rolled out its cloud E-mail package, it talked a lot about user-controlled encryption. What it neglected to mention was that it retained backdoor access--which it planned to use.
Uber shows how not to do a privacy report.
Faced with an onslaught of privacy problems, Uber commissioned an investigation into its privacy. But the investigators were handcuffed to such a degree that it served more to undermine than to boost confidence.
White House Proposal For Sharing Corporate Security Info Full Of Holes
It's a classic security Catch-22. The government wants enterprises to share the most sensitive security details, on the rationale that it will make everyone more secure. Businesses are insisting on strict liability and the government agrees. But the specifics don't add up. 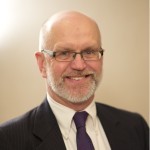