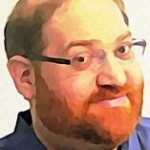 Jason Perlow is a technologist with over two decades of experience with integrating large heterogeneous multi-vendor computing environments in Fortune 500 companies.

A long-time computer enthusiast starting the age of 13 with his first Apple ][ personal computer, he began his freelance writing career starting at ZD Sm@rt Reseller in 1996 and has since authored numerous guest columns for ZDNet Enterprise and Ziff-Davis Internet.

Jason is currently Sr. Technology Editor of CBS Interactive’s ZDNet, where he has been writing the Tech Broiler blog since 2008 covering a wide variety of general technology subjects.

Jason was previously Senior Technology Editor for Linux Magazine, where he wrote about Open Source issues from 1999-2008.

In his spare time, Jason is an avid amateur chef and food writer, where his work reviewing New Jersey restaurants has appeared in The New York Times. He is also the founder of the popular food web site eGullet and blogs about restaurants and cooking atOffTheBroiler.com.