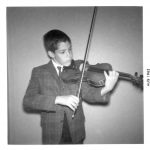 Martin Heller is an experienced freelance writer, software developer, consultant and manager, with avocations in photography and music. He is also a Contributing Editor and reviewer for InfoWorld.

From March 2013 to January 2014, Martin was Chairman of Tubifi, having previously served as CEO. From 2010 to August of 2012 Martin was Vice President of Technology and Education at Alpha Software.

Formerly a Web and Windows programming consultant, Martin developed databases, software and sites, and wrote, edited and consulted from his office in Andover, Massachusetts from 1986 to 2010. He continued this practice part-time until 2012.

Martin has been Senior Contributing Editor and the “Mr. Computer Language Person” columnist for BYTE.com, Senior Contributing Editor and the Programming Windows and Web Dev columnist for WINDOWS Magazine, a frequent reviewer at PC Week (now eWeek) and GCN, and a writer for Developer Pipeline, ComputerWorld and DevX. In addition, Martin was Series Editor for the Microsoft .NET Development Series, published by Addison-Wesley.

Martin is the author or co-author of nearly a dozen PC software packages and half a dozen Web applications. One of Martin’s publicly viewable programming collaborations is a free Web site devoted to diagnosing and repairing PCs running Windows, PC Pitstop. Dr. Heller is also the author of several books.

As a consultant, Martin has worked with companies of all sizes to design, develop, improve, and/or debug Windows, Web, and database applications, and has performed strategic business consulting for high-tech corporations ranging from tiny to Fortune 100 and from local to multinational. As a contract writer, Martin has written hundreds of case studies, white papers, articles, and brochures, primarily for software companies. 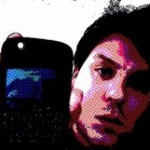