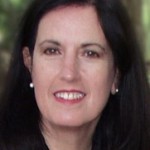 Sally Wiener Grotta is a full-time award-winning freelance writer, photographer and speaker. Her hundreds of stories, columns, essays and reviews have appeared in scores of magazines, newspapers and journals, such as American Heritage, Popular Science, North Atlantic Review, When Women Awaken, Islands, The Robb Report, PC Magazine, The Philadelphia Inquirer, Woman’s Day, Extreme Tech, San Francisco Examiner, Parade and many others. The president and lead analyst of DigitalBenchmarks test lab, the test scripts that she created for PC Magazine Labs, and numerous other publications and clients for evaluating digital cameras, image quality, software and related technologies have become industry standards. Among her numerous books are the first major volume on image processing “Digital Imaging for Visual Artists” (McGraw-Hill) and “PC Magazine’s Guide to Digital Photography” (John Wiley), both co-authored with Daniel Grotta.  On the non-tech side of things, Among her various works of fiction are the novels The Winter Boy (a Locus Magazine recommended read) and Jo Joe (a Jewish Book Council suggested book. Her short story “One Widow’s Healing” was a winner of the 2100 Health Odyssey award in 2019. Her current fine art photography project American Hands, for which she is creating narrative portraits of traditional tradespeople, has received more than three dozen grants, and the exhibits have been seen by over a quarter million people.

Sally has traveled on assignment throughout the world to all the continents (including three trips to Antarctic), plus many exotic islands (such as Papua New Guinea and Madagascar), writing about a wide diversity of cultures and traditions. Her far-ranging experiences flavor her stories and presentations with a sense of wonder and otherliness, plus a healthy dose of common sense. A popular speaker who has appeared in venues large and small throughout North America, as well as on radio and TV, Sally has a reputation for stimulating energetic, meaningful discussions. In addition to the Internet Press Guild, Sally is a member of Science Fiction & Fantasy Writers of America and The Authors Guild. She is co-curator of the Galactic Philadelphia science fiction & fantasy author reading series and co-chair of The Authors Guild’s Philadelphia Area Chapter.