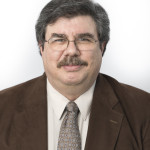 Stephen Lawton is a longtime journalist and media consultant with more than 40 years in the business. He currently is a senior writer for Sophos and contributor to Insider’s Cybersecurity Briefing. He previously was editorial director for the SC Media (formerly SC Magazine) content lab. Prior to joining SC full time, he was a contributor to SC Magazine, Tom’s Hardware, and Tom’s IT Pro.

He also owns AFAB Media Services, a consultancy that specializes in freelance writing for media outlets, corporate and product marketing, content development, and public relations for technology companies. Hey, I’m AFAB — anything for a buck.

Stephen served as editorial director and editor-in-chief of MicroTimes and as chief editor of Digital News & Review, NetscapeWorld and SunWorld, as well as many other lesser-known publications. He appeared as the computer expert for Bloomberg Radio’s The Money Show on the company’s flagship station, BLOOMBERG 1130 (WBBR-AM) in New York City and was a frequent guest on Let’s Talk Computers. He started his career as a cityside reporter on the dirty streets of Los Angeles. (Night doesn’t fall in that neighborhood. It sneaks up behind you and steals your wallet.)

Stephen launched his career as a newspaper reporter in Los Angeles in, well, it was quite a while ago when we still used typewriters. He is credited as being the author who popularized (no, I didn’t say ‘coined’) the computer industry term “intranet” (Digital News & Review, April 24, 1995). Earlier, he edited the book Re:Organize (published by Hartley & Associates).  On the corporate side he is currently a senior writer for cybersecurity vendor Sophos and in the early 2000s, he served as senior director of strategic marketing for Acronis, Inc., a disaster recovery, backup and virtualization migration company based in Burlington, MA.

In his copious spare time, he dabbles as a senior managing director and senior advisor for the cybersecurity consultancy Global Cyber Risk Advisors, a firm that helps organizations get their cybersecurity organized to qualify for cyber insurance. He specificalizes in third-party risk management.