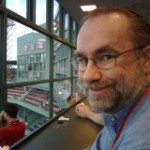 Who's writing Linux today? Capitalists
If there's anyone left on the planet who thinks Linux is written by undateable guys in their parents basement, the latest Linux Foundation report, Linux Kernel Development: How Fast It is Going, Who is Doing It, What They Are Doing and Who is Sponsoring It, should put an end to that delusion.

I’ve been a business and technology journalist for over 25-years. Before I discovered that writing was more fun than programming, I was a programmer, network administrator and e-mail administrator for NASA and the Department of Defense.

Besides running my own freelance writing company, Vaughan-Nichols & Associates, and serving as editor-in-chief of  Practical Technology, I’m currently a contributing editor at CBS/ZDNet; a columnist at ComputerWorld, a blogger at CSC Blogs, and a freelancer at numerous other technology sites.

In years past, I’ve helped launch four  magazines. These were Linux Watch, where I was editor-in-chief; Sm@rt Partner, where I started as senior technology editor and was promoted to editor at large; WebWeek (Later Internet World), where I was a columnist; and Inter@ctive Week, where I was the online editor. All in all, since 1988, I’ve  written thousands of articles about business and technology for magazines such as Byte, PC Magazine, Computer Shopper, IEEE Computer, and ACM NetWorker and newspapers like The Washington Post.

I’m also a public speaker and I’ve spoken at Comdex, Networld+Interop, Seybold, LinuxWorld and numerous other technology trade shows. Last, but not least, I’m the founding chairman of the Internet Press Guild.

I own no stock in any technology company, nor do I accept gifts or work for  any company or organization that I cover.