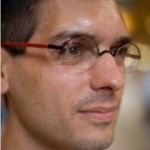 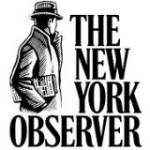 Business Insider: Apple is the New China
While restrictive, Apple is a company every tech firm must work with. 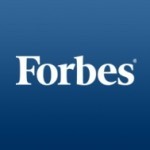 Forbes: How Much Do Average Apps Make?
A review of the long tails in the app stores. 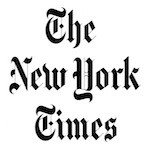 NY Times - The Television Will Be Revolutionized
With streaming services competing with Hollywood and media networks, how will the concept of "television" evolve—if at all?

Tristan Louis is an Internet veteran who worked in the Internet industry since 1993. Mr. Louis was the founder or co-founder of two publicly traded companies (Internet.com and Earthweb) and two companies that were sold (Net Quotient and Moveablemedia) during the dotcom boom.

A large financial firm acquired Mr. Louis’ last company, leading him to a decade-long career as Chief Innovation Officer for several Wall Street firms where he built back-end payment systems for the likes of Linden Labs (Second Life), Blizzard (World of Warcraft), Google (Wallet), Amazon (Payment), and Apple (app store). As a result, his work has touched most of today’s internet payment space.

Most recently, Mr. Louis was the founder and CEO of Keepskor, a new gaming platform that allows anyone to create simple games on mobiles devices, connected TVs and more, without having to write a single line of code. The company was recently sold in a private transaction.

A journalist by trade, Mr. Louis has written extensively about the Internet, first in industry publications like Forbes, the New York Times and others, and maintains a popular weblog, TNL.net. Many of the pieces he’s written here have led to interviews in mainstream media both in print (Business Week, the New York Times, the Financial Times, etc…) and broadcast (the BBC, NPR, CBC, etc…) and to speaking engagements around the world.

A pioneer in Internet development, Mr. Louis worked on several important developments in the industry:

Born in France but living in the United States, Mr. Louis believes that globalization is now a fact of life and that companies or governments which believe it can be stopped or averted are fooling themselves. He has led development teams on multi-national projects involving development and project management across Europe, Asia, and the Americas.

All opinions on this site are Tristan’s alone and do not represent the views of any of his old or current employers and/or associates.

TNL.net
My site on Forbes