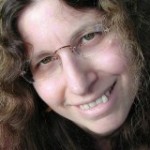 A long-time technology evangelist and community instigator, Esther Schindler has been in the computer press since 1992. Her primary journalistic focus for the last decade has been software development and open source, and she’s contributed as writer or editor to Software Test & Performance, InformIT.com, DevSource.com, and dozens of other publications. She’s written market research analyst reports since 2002; she wrote four books (including one that actually paid out its advance) and had her hand in writing or editing another eight. Her latest book, The Complete Idiot’s Guide to Twitter Marketing, is scheduled to be published in April 2012.

Esther spent two years as senior online editor at CIO.com, where her beat list included software development, open source, infrastructure, telecommuting, online community, and anything that tickled her fancy. These days she is editorial director ofSoftware Quality Connection and editor of Input Creates Output, as well as analyst for Evans Data Corporation.

Esther has owned a computer store, optimized compilers, taught corporate classes about operating system internals, designed QA tests for Lotus Development (back when 1-2-3 ruled the earth) and in her first market-research career learned more about General Foods’ Frozen Pudding Pops than any human ought to know. She is a dedicated chocoholic.